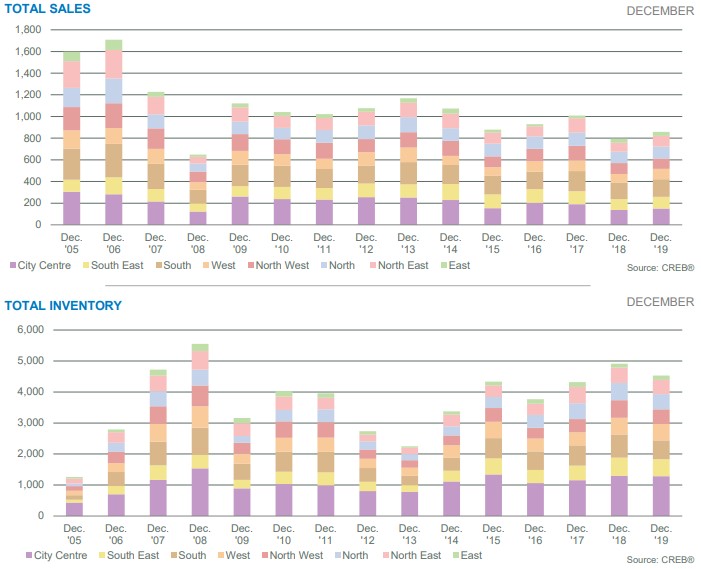 A stronger second half in 2019 was enough to push annual sales up by one per cent.

“As oversupply in the market continues to ease, we should start to see more stabilization in prices. However, conditions continue to favour the buyer and this is weighing on prices.”

December unadjusted benchmark prices were $418,500. This is just slightly lower than last month and one per cent below last year’s levels.

Overall prices in 2019 declined by three per cent over last year’s levels. The total adjustment in prices is a 10 per cent decline since the 2014 slowdown in the energy sector.

While there are signs of stabilization, conditions vary significantly by location, price range and product type.

Improvements in the resale market have been mostly driven by lower priced product or areas where price declines were enough to bring more purchasers back into the market.

Improving sales in the second-half of the year helped offset earlier declines. This resulted in detached sales that are relatively unchanged from 2018 levels.

While city wide levels remained stable, homes priced under $500,000 recorded sales growth of nearly nine per cent. However, sales declined by 11 per cent for homes priced over $500,000.

When considering sales activity by district, sales activity eased or remained relatively stable across most districts. However, exceptions include the North West and South Districts which recorded annual sales growth.

Supply levels generally eased, but the adjustments were not consistent across the city as inventories rose in both the West and City Centre districts.

2019 price declines ranged from a one per cent in the North East district to a five per cent decline in the City Centre district.

Stronger apartment style sales in December were enough to push annual levels to 2,672 units. This is just above last year’s levels.

New listings continue to ease across all districts except the South East. This district has seen a rise in new home construction and is likely contributing to some of the rise in new listings and inventory. Despite these trends in the one district, easing inventories relative to the sales have helped reduce some of the oversupply in this segment.

Reductions in oversupply helped ease the rate of decline in resale apartment condominium prices. However, prices in December remained one per cent below last years levels with a price decline range of five per cent in the West district to a one per cent increase in the South East district.

The attached segment of the market has seen the largest improvements in sales when compared to the other product types. Annual sales improved by nearly seven per cent for a total of 3,780 sales.

Both row and semi-detached product recorded improving sales with easing new listings and inventories. However, there was some variation depending on the district.

December semi-detached prices were $388,200 and row prices were $283,000. Both segments saw annual price declines in excess of three per cent and remain well below previous highs.

Depending on the district, the range of price activity varied significantly across the semi-detached and row segments. In 2019, price activity ranged from a seven per cent decline in row prices in the East district to a one per cent increase for semi-detached product in the North district.

Improving sales over the past three quarters more than offset declines in the first quarter. This resulted in 2019 sales of 1,193 units and is four per cent higher than the previous year.

Rising sales was met with a pullback in new listings. This is helping to support further easing in inventory and the amount of oversupply in the market.

The reduction in the oversupply has helped support slower declines in prices, but prices remain nearly three per cent below last years levels.

The pace of sales growth did slow in the third quarter, but sales activity for the year improved by three per cent. Combined with a reduction in new listings, this helped push down inventory levels and reduce the amount of oversupply in the market.

Prices continue to ease in the market as competition from the new home market has likely weighed on resale prices. In 2019, benchmark prices averaged $403,250, nearly four per cent below last years levels and seven per cent below 2015 highs.

Strong sales throughout most of the second half of the year offset earlier pullback and resulted in sales growth of ten per cent. New listings eased compared to sales bringing down inventory levels and the months of supply compared to last year.

The amount of oversupply in the market has eased compared to the previous year. This is helping to reduce downward pressure in prices over the fourth quarter. On an annual basis, prices remain nearly four per cent below last years levels, and over five per cent below previous highs. 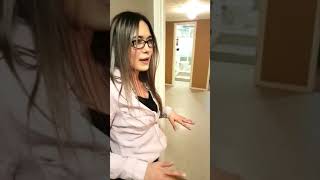 Today we are visiting one of our listing clients to stage her basement for photos & viewings. Her tenant has recently moved out. We will use this media to update the MLS listing photos and video. We provide this service to all of our sellers. In today's Calgary real estate market, you have to look your best to stand out from the competition.

Brian:
We have brought all of our staging accessories and we're going to dress up this basement, so stay tuned! 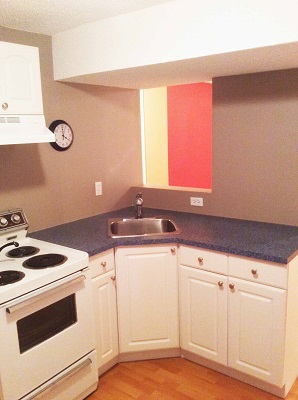 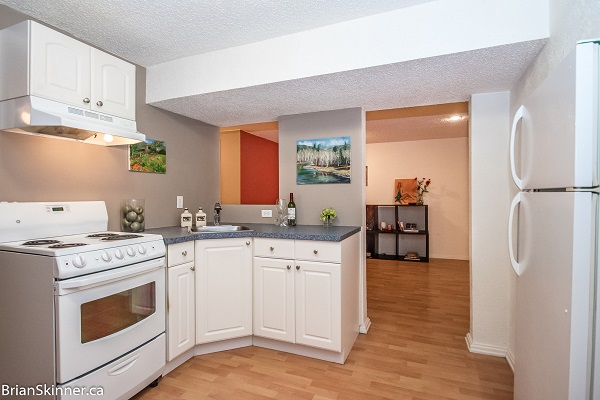 Brian:
Hi everyone! Brian and Sam here. Just finished up this basement suite in Palliser SW, Calgary. We've been working on this over the last few hours. Only takes a few hours to get 'er done, but thought we would zip you through real quick, so you have an idea what we do for our seller clients.

Sam:
This place was empty, so I brought in some items to stage it up and make it look nice. The owner that lives here, she's actually a painter, so I used all of her paintings for the walls. It's a great help. But yeah, we used some of her stuff some of my stuff and we made it work. So look around! 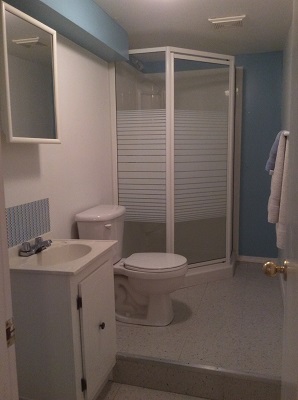 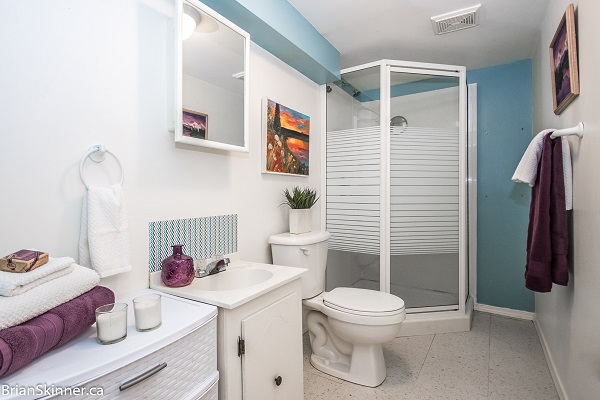 Brian:
Bathroom was empty before, so just bring in towels, hang some paintings, give it a bit of color. Few accessories here and there, make it look much much nicer, rather than a bland, empty bathroom. Also, bedroom one here. Seller had some extra sheets and actually she had an air mattress, so we blew it up and used it. Brought a side table over and some decorations, paintings, that sort of thing. On to the kitchen. So this suite does have a kitchen. We have the fridge that's actually recessed into the wall here. That's our camera, of course. We brought in some accessories, hung a few small paintings for a bit of color. On into the living room. So living rooms, typically we're not going to bring in sofas or couches or things like that, because we simply just can't bring it along in our SUV's. Furniture rental is a bit different. Staging is more organizing what you have available and being able to bring in items that we can actually move around without charging extra (movers for furniture), so we used what we could. We brought in all sorts of books, decorations and used our sellers paintings here as well. Just dressed it up a little bit, hang a few things here and there, give it a little pizzazz. Yeah, this one I like this too. So of course color. Before, we went and bought a bunch of these tall queen size air mattresses as well, that work great for staging because we can roll them up and take them around with us in our vehicles. 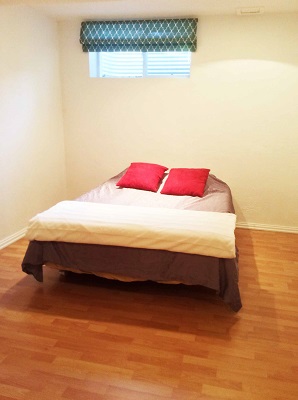 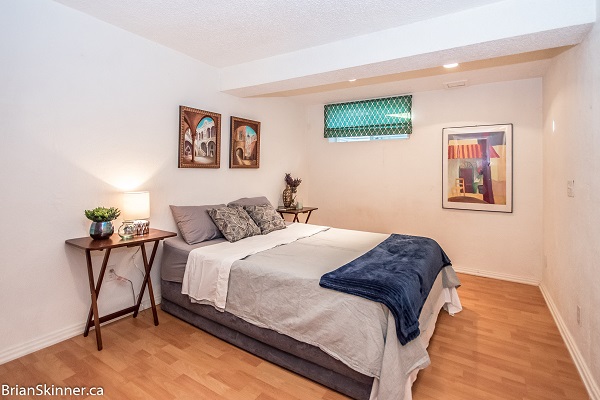 Brian:
We collect a lot as we go. But yeah, a few pieces of wall art, add some color, a bit of life.

Sam:
And so this one I tried to incorporate some blues to go with the wall. And I think it turned out pretty good. Check out the walk-in closet though, it's massive!

Brian:
The closet, for sure. So another thing we do is, we'll go through and make sure all the lights are working properly, bulbs are installed, burnt out bulbs replaced. Light is super important!

To book a complimentary home evaluation, Click Here. We will visit you at home to discuss how we can assist in your upcoming sale :) 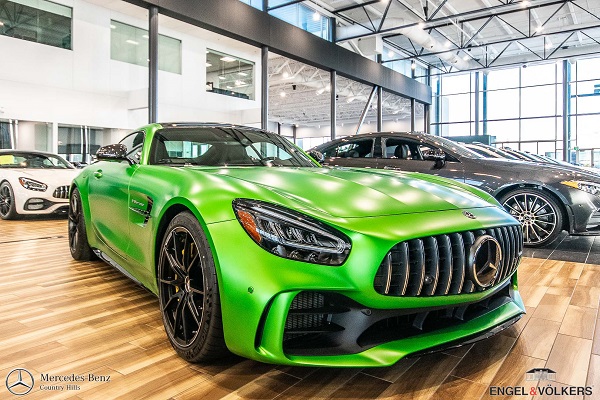 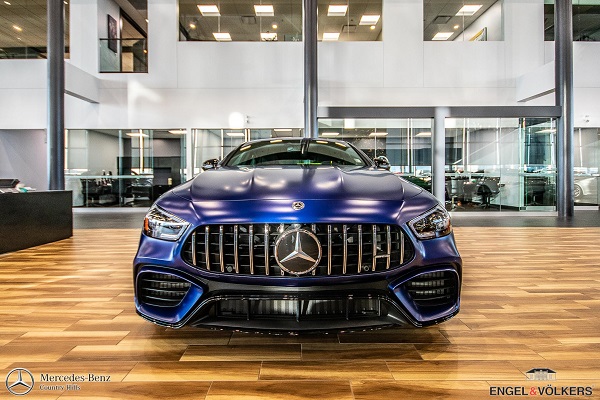 If you are visiting Mercedes-Benz Country Hills, you are introduced to more than their line of stunning vehicles. You are also entering a place where you can make all of your driving aspirations a reality. They are committed to providing the very best customer experience that you just won't find elsewhere. Mercedes-Benz Country Hills makes available a variety of services to their customers, which includes a service drive-through for quick service, a delicious Bistro that makes meals to order, a large and luxurious lounge area, an art gallery, merchandise shop, and even a shuttle to and from the airport! 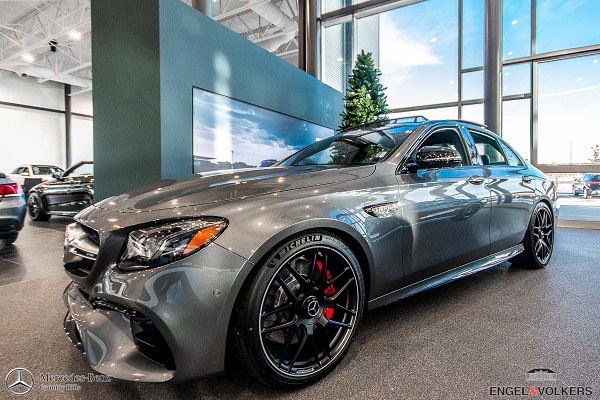 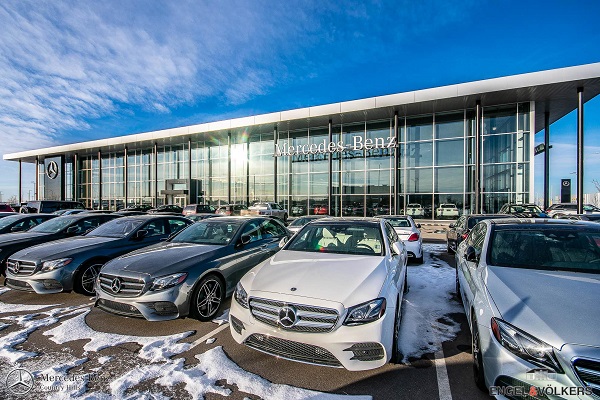 From the second you enter the show room of high performance luxury cars, you'll feel the overwhelming feeling of excitement. The well trained crew here are experts on their product and can guide you in the direction that best suits your lifestyle. They offer options that include: New Mercedes-Benz, Pre-Owned Mercedes-Benz, Mercedes-Benz Service & more. Mercedes-Benz Country Hills is committed to treating all of their visitors with a professionalism that is unmatched as a dealership. The industry leading experience is top of mind for Calgary Mercedes clients. The dealership is a branch of the McManes Automotive Group. You can relax knowing that their massive location has the most amenities available to cater to the most discerning requirements. 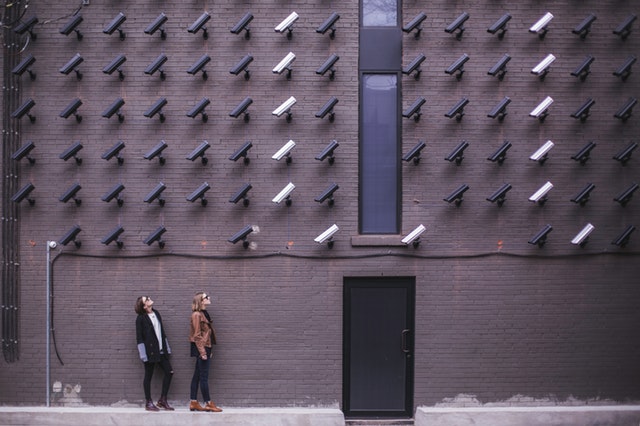 CONSIDER THIS BEFORE YOU BUY OR SELL A HOME

Video surveillance used to be from a birds-eye view but, as the use of home video security monitors increases, this relatively new concept has come to roost in many homes.

It's important to recognize acceptable use of video surveillance, particularity during showings, to mitigate potential issues.

Simply put, sellers need to be advised that making and using recordings obtained without consent is illegal and could constitute criminal conduct with significant penalties or the sellers could be subject to a civil action brought by a buyer who did not know or consent to the recording.

But it is the seller’s home, don’t they have the right to record the goings-on during a showing for safety reasons? Legally, they don’t unless consent from the parties has been obtained. But I put a comment in the private remarks of the listing disclosing that the buyer and their agent may be recorded while viewing the home – isn’t that enough? While disclosing the fact that the home is under video surveillance is certainly a courtesy, it does not meet the standard of consent required.

There are rules and responsibilities when recording in your home, the penalties can be severe. Buyers should consider taking notes during the showing instead of conversing in the house… you never know who might be watching! 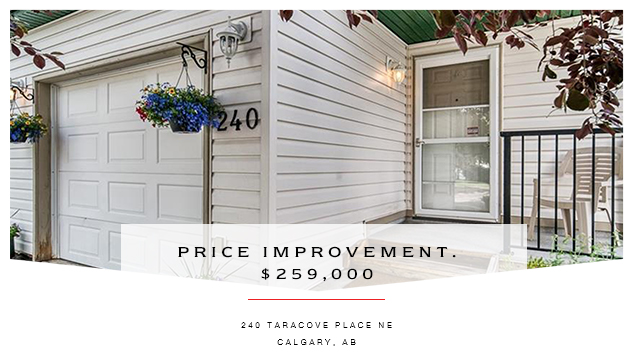 Welcome to Mandalay Bay Nicest Location in the park. Backs onto Taravista Lake! You will love the view with your morning coffee, 2 bedroom and a den with a single car garage, low condo fees of $267.59 ,corner unit with loads of natural lite, recently installed carpet and new paint main floor kitchen with black appliances and oak cabinets and a built in vacuum upper floor 2 large bedrooms master bedroom with his and her closets and a 4 piece bath and in the middle a computer room or den. lower floor developed basement 80% done family room turn key situation just move in, only 10 minutes to LRT you can walk to the Genesis Centre and churches and a large shopping center with Safeway, 4 banks and other amenities this home is a must view. Book your private viewing today. 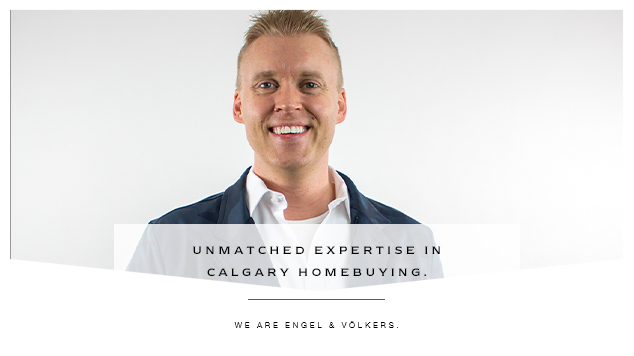 Buying or selling your home is personal. That's why the service I provide my clients is tailored to their specific needs. With a history of exceeding expectations and neighborhood specialization, I'll help you make your dream home a reality. 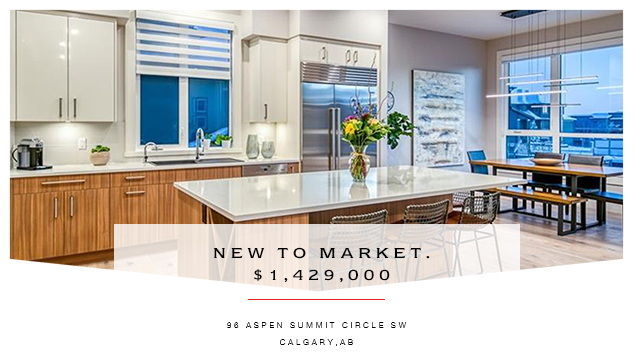